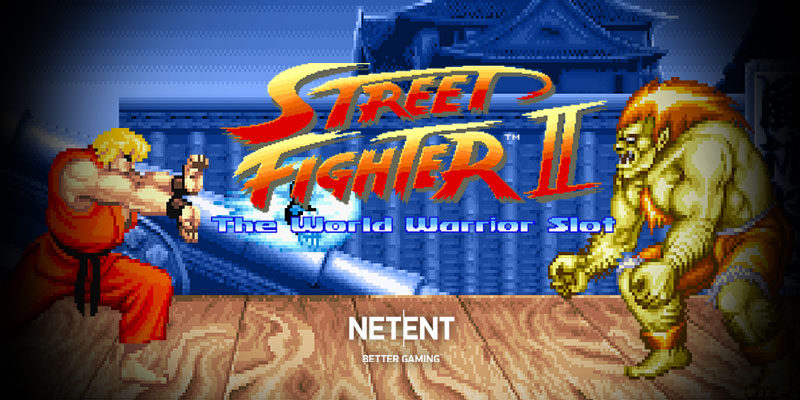 Capcom is doing great for the past several years. The company has successfully revitalized its two worldwide famous video games series. Devil May Cry 5 and latest Resident Evil remakes have taken the gaming community by storm. Those titles are a critical and commercial triumph. It is hard to wish for more. Well, maybe Street Fighter 2020 would be nice.

Such achievements put a long time Capcom’s rival and compatriot, Konami Holdings Corporation, to shame. However, it is maybe not entirely correct to put it this way since Konami is more specialized in the gambling department these days. But, wait! Suddenly, one of Capcom’s IPs will burst into the world of gambling this year! Street Fighter 2!

Yeah, that is right, looks like we will have Street Fighter 2020 game after all. It may be not that big of an event for hardcore gamers, but it for sure is nice news for gambling enthusiasts from all over the world.

This brand new Street Fighter slot has the subtitle of the original installment from March 1991. It is “The World Warrior slot”.

Street Fighter II is a New Casino Slot by NetEnt!

NetEnt slots are always slick, fun, and pretty. It is hard to imagine a better candidate to conceptualize and realize what Street Fighter slot machine should look like.

The company’s record of accomplishment is impressive and well-known. The list of best NetEnt slots includes but is not limited to the following hits: Lost Relics, Secret of the Stones, the Wishmaster, Steamtower and legendary Dead or Alive, the slot that stands the test of time and aged extremely well even to this day.

This Slot by NetEnt has a vast variety of features and looks absolutely gorgeous. It certainly could be the next big hit! Retro style awakens nostalgia and stands out among the other slots of our time. Models, animations, music, backgrounds, and different character portraits, all carefully put together to recreate the mood, spirit, and feel of the game.

Street Fighter is obviously the most eminent Capcom’s IP. It has practically brought a new video game genre to life and established the company as one of the flagmen of the industry. According to the team behind NetEnt casino slots, they are proud to be partners of Capcom and work with their iconic franchise.

Street Fighter 2 is the game that has its own series of sequels, spin-offs, and add-ons. It is a unique phenomenon. The premiere of the latest port/remaster was back in 2017, just 3 years ago. Really makes you think about how groundbreaking and genre-defying this game was back in the days.

Bestseller on home consoles and one of the best-selling arcade games, too! It is hard to find an adult man in the developed part of the world who is completely unaware of its existence. If he did not play the game, maybe he saw cringy anime or trashy ‘90s movies. It has become a guilty pleasure for a lot of people and classics of B-movies. Now it is the Street Fighter II slot, too!

So what exactly awaits you if you have got interested in the Street Fighter II slot game? Let us find out in the brief The World Warrior slot review. The game rules are a little hard to grasp from the start, so an overview of the features will make your learning experience less cryptic.

Betting in the Street Fighter 2 casino slot game is very democratic by default. It goes as low as $0.10 per spin and as high as $700 per spin for the high rollers. If you think it is too much, remember the quote from the movie “Colonel, have you lost your mind?” ― “No, you’ve lost your balls!”

Street Fighter 2 is a game by NetEnt, so it is built around the signature Cluster Pays system. It means, the game area is a square of 25 symbols and the symbols are replaced on each spin much like in title matching video games. When four symbols connect in any direction except diagonal, Avalanche feature activates. The winning clusters disappear to make the space for new symbols. Such gameplay is never boring. This feature will keep on payout insofar as winning clusters show up.

The World Warrior slot 2020 is relying on wilds in general. Common clusters of symbols will pay up to thirty times the stake when a group of sixteen high-paid symbols or more clashes together. Other multipliers are accessible throughout the free spins. The images of the high-pay symbols vary depending on characters which fight each other in the current battle, but the low-pay symbols are just your regular J-A letters in a classical font. Overall there are four high-pay symbols – two are victory types and two are defeat types. Victory and defeat symbols can also arrive in oversize scopes, twice as big as common symbols. They lead to certain victories.

Street Fighter II 2020 is a slot to explore! The mechanics of the slot feels similar to the Moon Princess slot. However, there are more personages with diverse “super moves” which you can pick and some extra layers of complexity. Each battle starts with a character selection screen. You can choose from one of eight iconic fighters of the original roaster: Dhalsim, Honda, Ryu, Guile, Zangief, Chun Li, Blanka, or Ken. Shame on you if you think that this is for the show only. Picking up the character determines the level of volatility. It is a nice little touch that brings aesthetics and mechanics of the slot together.

Each fighter also has a special move! Just as you have super-move-gauge in the actual video game, Street Fighter II casino slot has the Wild Gauge! This gauge has seven bars. It fills every time when high-pay symbols form the winning cluster. When the gauge is finally full and there are no winners on the screen, magic happens. Your character is ready to bash the enemy with the signature move! Bizarre hot combo of kicks, radiating blast of spiritual energy, or infernal flames erupting from lungs! Slot modifiers have never been this much fun! Once again, it is not just for the sake of the show and flashy effects. Those modifiers can add wilds at random, on the same reel, or the same row. Try different characters and choose who will become you “main”!

You can lose against your opponent, but losing is fun too! It brings a bonus round right from the old game! Car Smash bonus game! You can win up to 15x the stake by hitting cars! Where else have you seen this?

Winning in Street Fighter 2 The World Warrior activates the Beat the Boss feature and gives you Free Spins. Rules stay the same, but the boss has a win multiplier. Successful fight against the boss will activate the fight with the next boss and defeat will send you back. There are four bosses to win, each with his own multiplier.

Street Fighter II release date is May 21, 2020, so get ready! It is almost there in time this article is published.

You could play Street Fighter 2 online at N1 Casino from the day one. In fact, on May 21 there is a N1 tournament devoted to the premier! So get ready and jump in! Round 1! Fight! Hadouken!